100 Women in Demining in Angola

Angola’s three decades of civil war left behind a devastating legacy of landmines and unexploded bombs, affecting the everyday life of thousands of people. Although men, women, boys and girls were all impacted in different ways, a report by the UN’s Committee on the Elimination of Discrimination against Women concluded that women were the most affected by malnutrition, poverty, illiteracy and unemployment.

In 2017, HALO launched a unique project in Angola to train and employ all-female demining teams, creating a space for women’s empowerment whilst clearing landmines and making land safe. In 2021, the project recruited its 100th member when a further 41 women passed their training and three new all-female demining sections began work in Benguela. HALO Angola will continue to recruit and train more female staff over the coming months and years, seeing the ‘100 Women in Demining’ project as a milestone rather than a finish line.

"I think it is very important that women are clearing the landmines in Angola. I am very proud and feel so strong now I am doing this work."

In Angola, there are few regular work opportunities for women, leaving many families struggling to survive. All the women recruited to the project come from low income communities, over 80 per cent are single mothers and for one in five, this is their first proper job.

The women have the chance to learn new skills—from clearing landmines, vehicle maintenance and mechanics, to paramedic first aid and leadership.

“It was my dream since I was small to be a driver because my father was a truck driver. Some people say that this job driving these big vehicles is not for women, but I say that whoever believes, man or woman, can achieve their dreams.”

The village of Kanenguerere was surrounded by five minefields, which was threatening the lives of local people. Our female clearance teams worked tirelessly to clear the landmines and today, with the support of Eni, a new school has been built so the children can grow up safely and realise their dreams. Student numbers have already risen from 15 to 25.

As Angola has rebuilt, employment, access to education and health services continue to predominantly benefit men. By creating jobs for women where opportunities are scarce, they are able to take control of their lives and play an important role in the future of their country.

“I didn’t believe women would be doing this difficult job. Then I saw them clearing the landmines and I started to believe they could do this and make our land safe.”

Thank you to our supporters 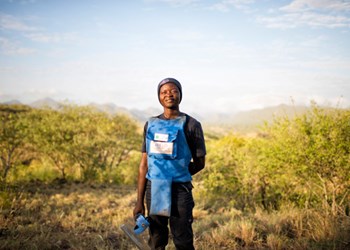 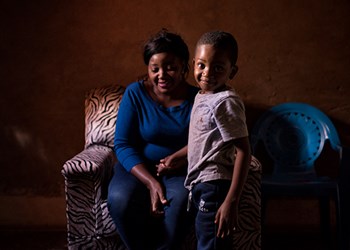 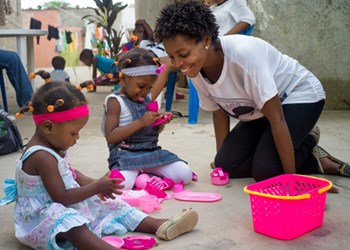