Landmines laid during the ousting of the Khmer Rouge in 1979 and throughout the 80s and 90s have had a devastating impact on the people of Cambodia. Over 64,000 casualties and more than 25,000 amputees have been recorded since 1979.

Around half of Cambodia’s minefields have been cleared and those remaining are largely concentrated in the rural north-west of the country, especially along the Thai border on a 750km mined area known as the K5. As the population expands, families have little choice but to move onto mined land, placing themselves at risk. People like Cheng Seang, who lived near the notoriously dangerous K5 mine belt, live in hope, waiting for things to change. 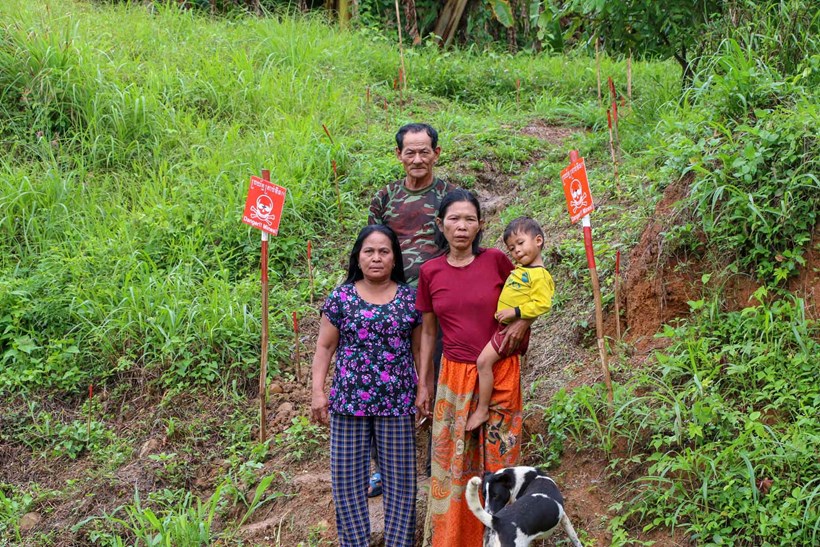 “Once my land is cleared, I want to grow many plants so that I can support my family because we are currently struggling. I want to plant cassava, mango, and durian.”

We employ around 1,000 men and women from mine affected areas in Cambodia to work in minefields all along the Thai border from Koh Kong to Preah Vihear, and also in the south eastern province of Tboung Khmum. Our teams clear hundreds of landmines every month.

We also respond to a huge number of calls from people elsewhere in the country who have found dangerous explosives that need to be destroyed safely. The threat to the people of Cambodia—from landmines and other dangerous debris left after the war—is extremely high. Children like Arya and Molika, who walk to school right next to a minefield, are particularly vulnerable because of their innate curiosity, so our risk education visits to communities and schools are vital.

OUR IMPACT
“When the mine clearance is completed, then I will not be scared to walk to school anymore. I want to study at the newly built school where they are removing the landmines because the roof of my old school is leaking, and the walls are falling apart.”

Arya and Molika live next to the K5 minefield. HALO is clearing the land round their new school so they will no longer have to walk to class along the minefield or avoid playing on nearby dangerous ground. Molika wants to be a farmer when she grows up and Arya, who loves learning science, wants to be a nurse. Our work to destroy the landmines will ensure Arya and Molika can have the opportunity every child deserves, to grow up safely and realise their potential. 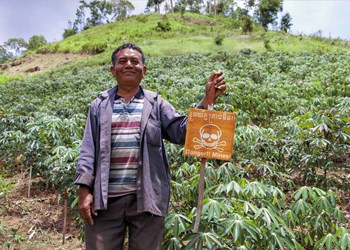 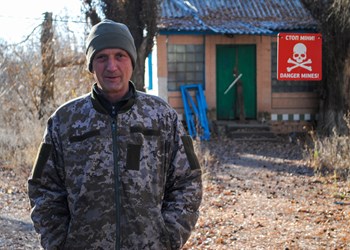 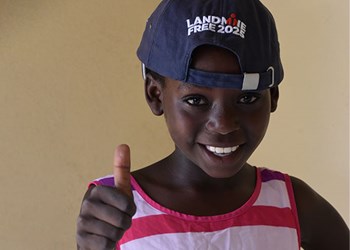 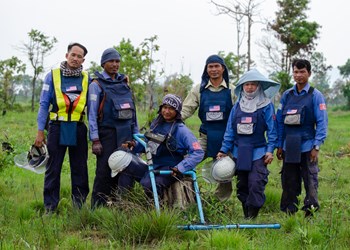 Sign up
Our work in Cambodia is funded by: 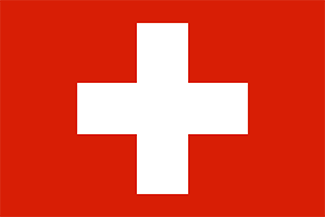 Swiss Agency for Development and Cooperation

Meet our team in Cambodia 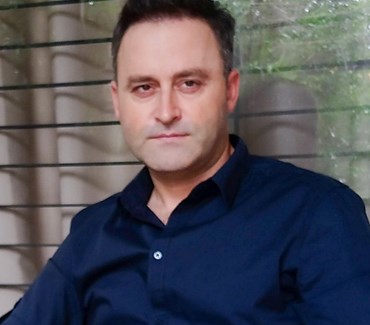 Lasha joined HALO in 2008 as a translator for HALO’s BAC and mine clearance programme in Georgia and was subsequently promoted to lead the programme’s operations. From January 2014, Lasha spent next five years managing operations in Somaliland and Cambodia. Lasha became HALO Cambodia’s Programme Manager in March 2020, where he is posted with his wife and three daughters. Lasha has bachelor’s degree in law and has previous experience in engineering. 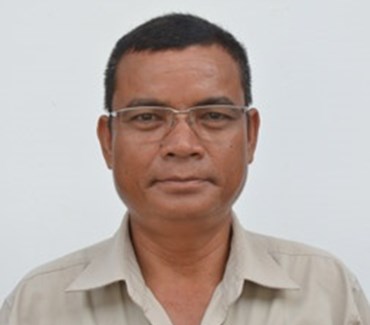 Ny Ra manages the deployment and quality control of over 850 mine clearance staff in Cambodia. He has been working for HALO in a variety of operational roles across Cambodia since 1996. Ny Ra also served as Senior Operations Officer in Laos in 2012-2013, recruiting and managing 100 location staff, and established HALO’s HSTAMIDS project in Afghanistan in 2008. 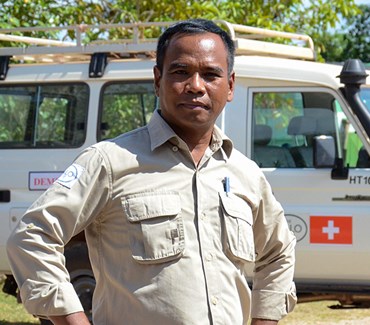 Saro has worked for HALO since 1998 and previously worked as an interpreter for UNTAC. Currently responsible for operational planning and liaising with Cambodian authorities, Saro has managed all three of HALO Cambodia’s regional headquarters and spent a year as the programme’s Training and Quality Assurance Manager. 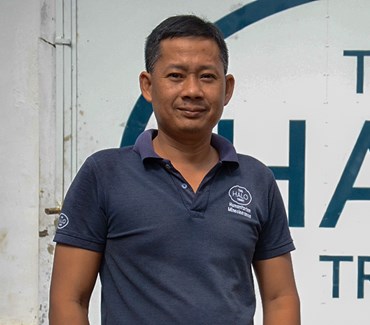 Pheakdey joined HALO as Assistant Office Manager in HALO’s Anlong Veng location in 2008 before being promoted to Officer Manager later that same year. His seven years of experience as Officer Manager meant he was ideally suited to lead the programme’s finance department from the programme’s headquarters in Siem Reap. He also serves as the primary point of contact for the Council for the Development of Cambodia (CDC) for import/export related work. Pheakdey holds a BA in finance and accounting. 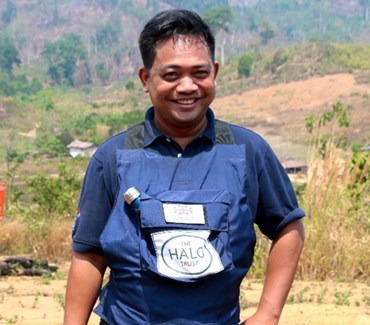 Bona joined HALO Cambodia as Office Manager of HALO’s Anlong Veng location in 2007. From 2009 to 2013, Bona managed HALO Survey teams conducting the baseline survey across Cambodia. He currently manages HALO’s GIS and Data Management teams to ensure accurate clearance mapping and data entry, and is also responsible for liaison with national authorities. Bona has a BA in management and completed EOD training with HALO in Afghanistan. 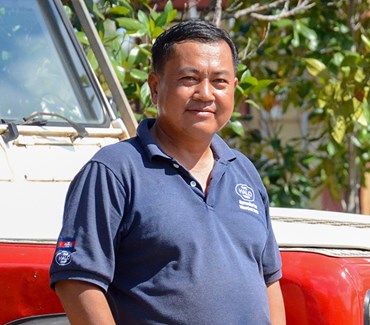 Ty joined HALO in 1999 first as an interpreter, thanks to his English skills honed in his previous career in hospitality. He has served in many different roles since joining HALO, including as a Field Officer, Head of Mechanical Assets, Assistant Survey Officer and Assistant Location Manager. He is currently the Location Manager of HALO Cambodia’s newest location office in Thma Da. Ty is married with two children. 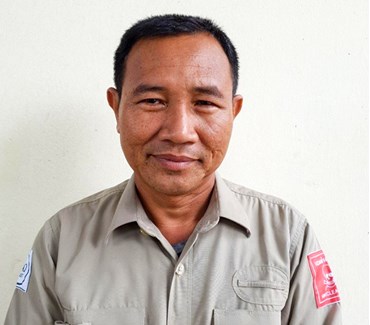 Nil joined HALO in 1994 as a deminer working in Siem Reap province. Step-by-step, he was promoted to Section Commander, Field Officer and Supervisor before taking up the role of Location Manager in 2008. Since then, Nil has managed three of the programme’s regional headquarters as location manager. Nil is married with three children, and in his spare time runs his own longan farm. 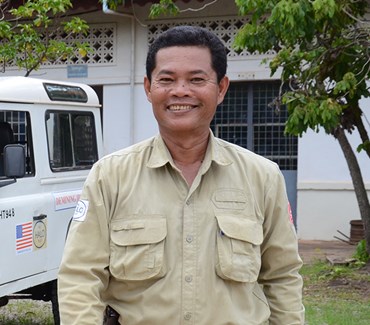 One of HALO’s longest-serving members of staff, Makara joined the Cambodia programme in 1994. He manages the deployment of HALO’s Survey/EOD teams across north-west Cambodia, monitoring teams as they record hazardous areas and conduct demolitions of EOD reported by the public. Makara has also managed each of HALO Cambodia’s regional headquarters and served as the programme’s Training Officer responsible for deminer training and recruitment. 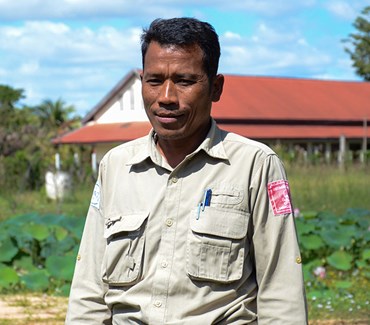 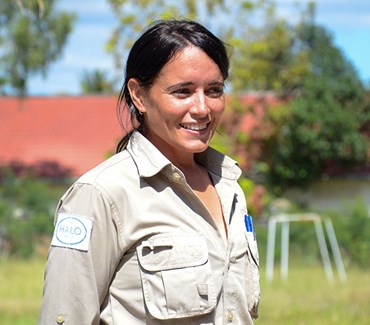 Gemma joined HALO in July 2018 as a Finance Manager for HALO’s Somaliland and Somalia programmes. After completing operations management training in Cambodia, Nagorno Karabakh, and Kosovo, Gemma became Anlong Veng Location Manager in May 2020 which sees her manage operations and deployment of over 300 staff spread across three of Cambodia’s Northern provinces. 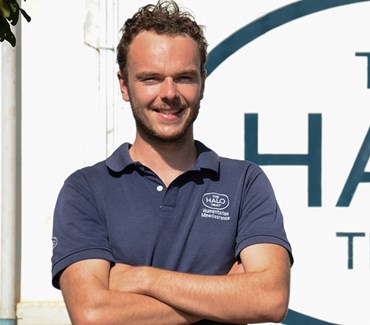 Josh joined HALO in 2018, initially as part of HALO HQ’s strategy team in Scotland. A year later in September 2019, he joined the Cambodia programme as a Programme Officer. Josh manages donor contracts and reporting, partnerships and social media, in addition to several mobile teams such as the programme’s mine risk education teams. Before joining HALO, Josh was a biomedical scientist at AstraZeneca and was an elite distance runner.