Thanks to the support of The Government of the United States.
10th March 2021 | Sri Lanka

"When I found the first landmine, I prayed to God to keep my children safe.”

Jeysurajan Kirubayrani has spent her whole career supporting her community. She is the former head of the Puthukkudiyiruppu West Women’s Federation, which helps to provide support to local women-headed households. But she has also faced many personal challenges.

In 2009, during the final stages of Sri Lanka's civil war, Kirubayrani and her family were forced to flee their home because of the fighting. When the war ended, they found themselves homeless. For several years they lived with friends and family, relying on their support as their financial situation deteriorated.

In 2018, Kirubayrani was delighted to be given land by the local government and funding to build a semi -permanent home for herself and her two youngest daughters aged 11 and 13. Excited that their fortunes had changed, Kirubayrani began trying to plant ground nuts and corn to provide an income. 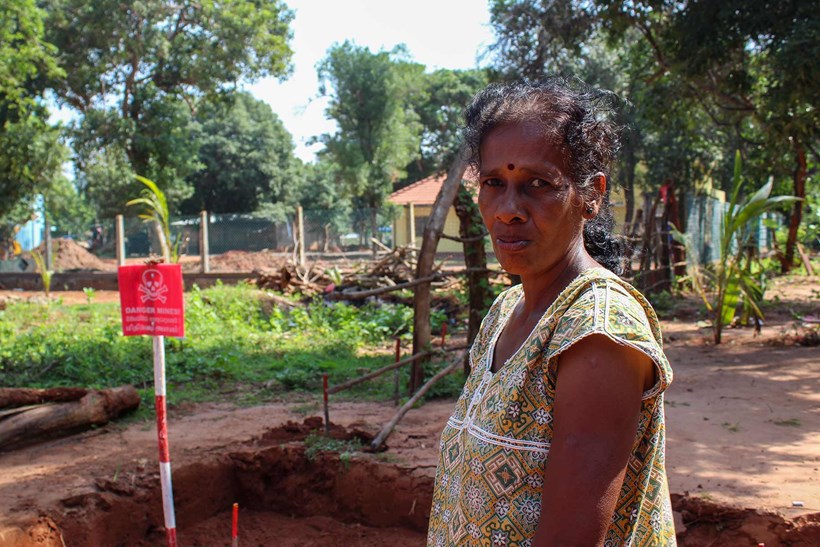 A FIELD OF LANDMINES

On the first day of planting Kirubayrani discovered a landmine. The very next day she unearthed four more. Then in January 2021, she was terrified to find another landmine on the footpath to her front door. Fearing for her family's safety, Kirubayrani called HALO. The survey team responded immediately, classifying her land as a minefield and prioritising it for clearance.

Thanks to funding from the  U.S. Department of State, Office of Weapons Removal and Abatement in the Bureau of Political-Military Affairs (PM/WRA) a mechanical clearance team has been working since January to make the land safe. To date they have found 36 landmines and two explosives. To make certain Kirubayrani's home is safe, the team has removed the building to clear underneath it before rebuilding it ready for the family to return. Kirubayrani and her daughters are living with neighbours whilst HALO finishes the work.

"My prayers have been answered now HALO has begun work to make my land safe. I would like to keep chickens and grow crops once it is cleared. The land will allow me to leave something behind for my daughters' future." 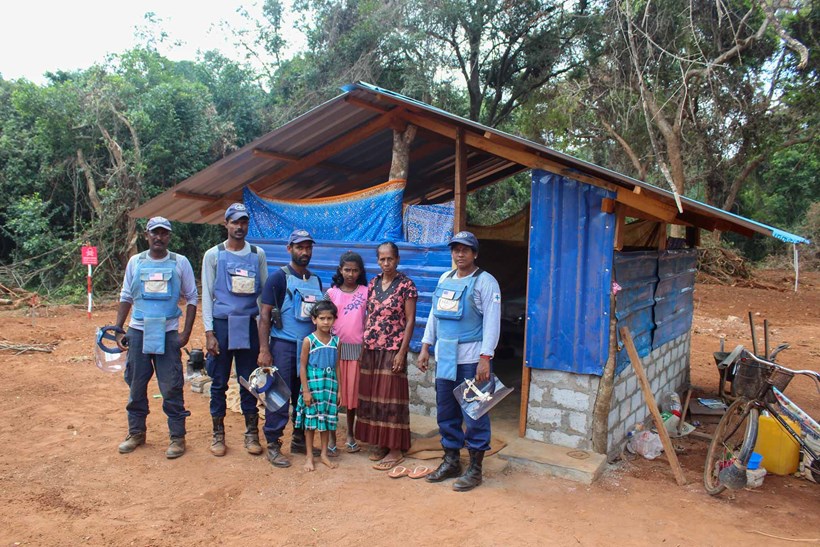 Since 2018, teams funded by the U.S. Department of State, Office of Weapons Removal and Abatement in the Bureau of Political-Military Affairs (PM/WRA) have made land safe across 99 minefields, destroying almost 6,000 landmines and benefitting over 40,000 people. Bashkaran Sivaginedavi  is one of the deminers currently working to clear the landmines from Kirubayrani's land. "I feel very proud to work to clear this minefield and to be contributing to clearing land across Sri Lanka so that many other people can also return to their homes."