2021 has continued to be a year of challenges for communities around the world. The COVID-19 pandemic and humanitarian crises, such as those in Syria and Afghanistan, still remain a threat to families. Vulnerable populations are especially at risk from conflicts and from climate change. But thanks to your support, we are building landmine-free futures and resilient communities across the world.

Read on below to see some of your biggest achievements in 2021. 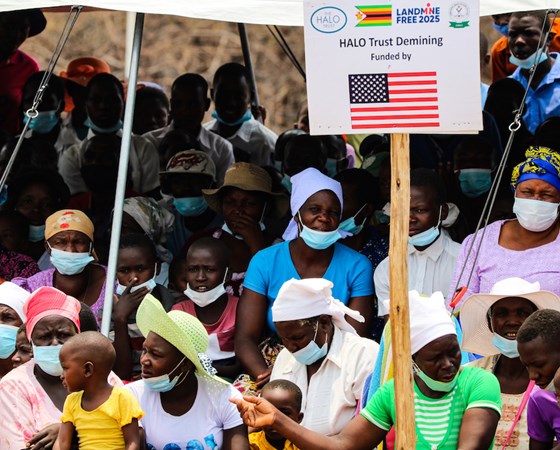 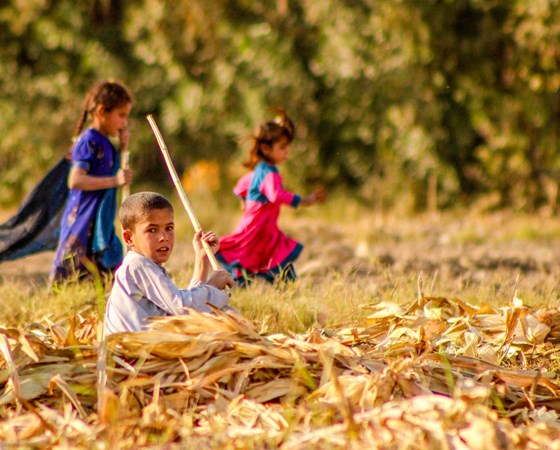 Back on the Ground Saving Lives in Afghanistan
Learn more

1. The struggle for control in Afghanistan over the summer killed thousands and forced hundreds of thousands to flee their homes. Heavy fighting left landmines and explosives blocking roads—preventing humanitarian aid from reaching those in need. Weeks after the violent conflict ended, HALO’s Afghan staff were back out in the field, clearing these deadly devices to prevent further accidents and bloodshed. Today our 3,000-strong team is working across 18 provinces, helping families return home safely before the harshest winter weather hits.

2. Zimbabwe took a major step towards landmine-free this past year. Mount Darwin became the first entire district on its mined border with Mozambique to be declared landmine-free and handed over to the local community in 2021. The HALO Trust began clearing the landmines in Mount Darwin in 2013. Together, we found and destroyed 53,000 landmines laid during 1970s, ensuring families in the region now have safe land and homes.

3. Isolated from the world, the Lomba River appears to be a landscape at peace, but deadly landmines from Angola's civil war remain a hidden threat to local communities and wildlife. Thanks to the help of supporters like the Angolan Government, the United States, and SC Johnson, we continued our life-saving demining work along the river this last year after a brief pause. Our return will benefit both the people and the habitat of this amazing landscape. 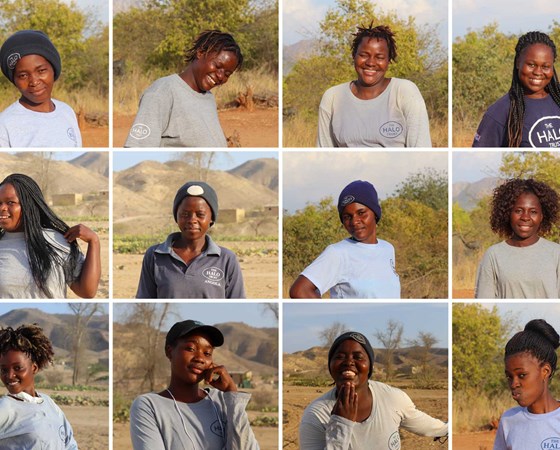 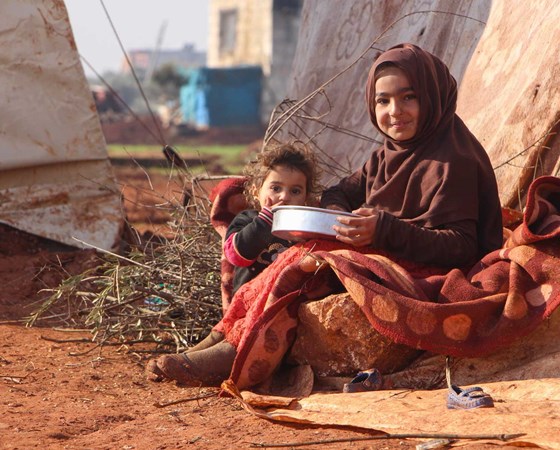 4. In 2017, HALO launched a unique project in Angola to train and employ all-female demining teams, creating a space for women’s empowerment whilst clearing landmines and making land safe. In April, we were delighted to announce that the project had recruited and trained its 100th member.

5. After 10 years of war, Syria is facing one of the world's worst humanitarian crises. Many families have been displaced by the fighting, and must navigate a sea of explosive hazards to survive. Thanks to your support, we have amplified our work removing explosives and providing assistance to victims of these deadly devices. More communities in northwest Syria can look forward to a safer future free from the threat landmines, bombs and improvised explosives. 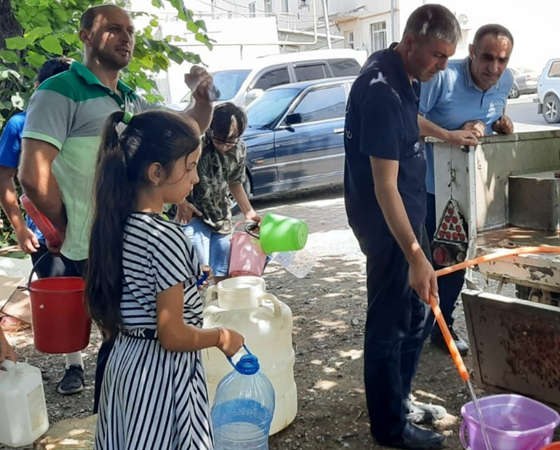 Responding to a Water Crisis in Nagorno Karabakh 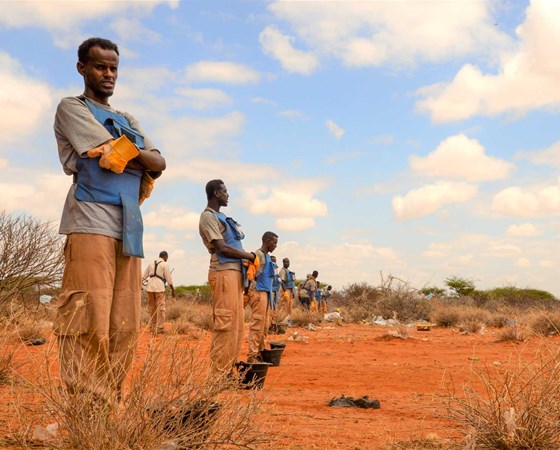 One million Sqm of Land Made Safe in Somalia
Learn more

6. Over the summer, the people of Stepanakert grappled with both a brutal summer heatwave and a water crisis. Vulnerable families were left without water as temperatures rose. In response, HALO mobilized its teams to deliver clean drinking water to residential areas. Our response helped more than 400 households in need.

7. From small beginnings in 2016, our Somalia program now works along the Ethiopia - Somalia border and across four of the five regions of South Central Somalia. In August, our team of 400 local staff reached the major milestone of clearing one million square meters of land. For pastoralists in El Barde, safe land is transformational—allowing them to cultivate frankincense trees which can be tapped for their valuable resin. 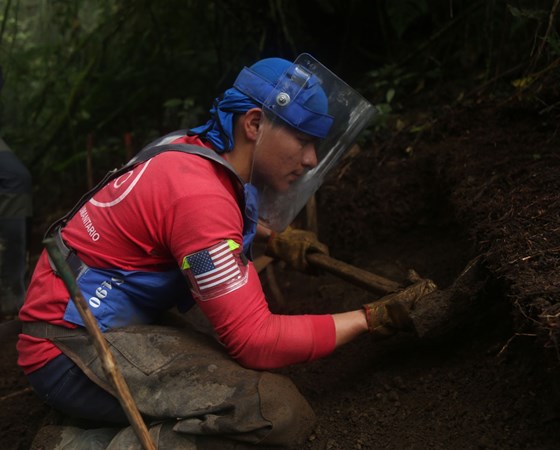 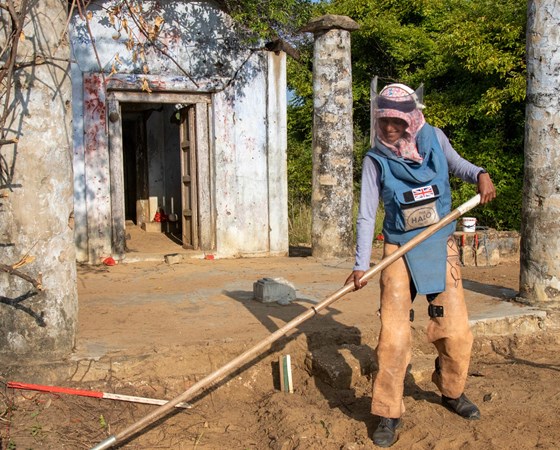 8. HALO Colombia marked a major milestone—destroying their 800th explosive device. Since the program was established in 2013, thousands of people have benefitted from their land being made safe. By employing local people, HALO is also able to create opportunities in communities where they are scarce and provide families with a stable source of income.

9. Muhamalai in Sri Lanka became the Forward Defense Line during Sri Lanka’s protracted civil war. Tens of thousands of landmines were laid, forming a minefield three times the size of Central Park in New York. Earlier this year, our teams cleared their 60,000th landmine from the area, a proud moment for Task Commander Balamuralee Balasingam and his colleagues.

"I feel very proud when we see people who have returned living a happy life in Muhamalai. It was a terribly dangerous area when we started clearance operations and when we see the happy life of the people in there, I think our hard work in Muhamalai is well worth it."

10. HALO works in some of the most inhospitable and remote places on Earth. To ensure they can reach communities surrounded by minefields, our teams need a fleet of 4x4 vehicles they can rely on to keep them safe and get the job done. We were therefore excited to announce earlier this year that we were to become the official development partner for INEOS Automotive for the uncompromising Grenadier 4x4 vehicle. Using our insight from over 30 years of going where others fear to travel, we have been collaborating with the Grenadier’s engineering team to help design a rugged, dependable off-roader.

These are just ten examples of the impact of your support throughout 2021. From Afghanistan to Zimbabwe, thanks to you, our teams have been on the ground, making land safe and supporting families and communities to rebuild after conflict. Thank you for the life saving difference you make, every day.