"A quarter of the victims in Karabakh over the years have been children, which is a shockingly high statistic. Children are especially prone to seeing something shiny and being curious and wanting to touch it and pick it up."

HALO's focus now in Karbakh is on clearing cluster munitions and other unexploded ordnance from key population centers such as Stepanakert, Martakert and Martuni. This will ensure the safety of the remaining population and returning displaced families in the coming weeks and months.

Contamination recorded by HALO includes a wide range of rockets, missiles and shells, as well as at least three types of cluster munitions. HALO's teams have also found a downed UAV with unexploded missiles. New use of anti-vehicle mines has also been reported.

Read: Karabakh After the Ceasefire - A blog by HALO's Programme Officer 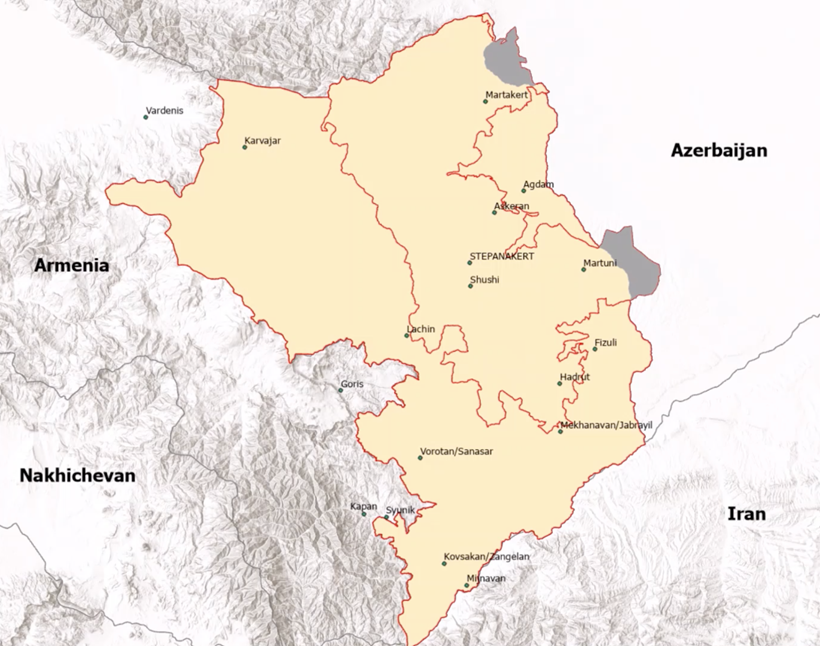 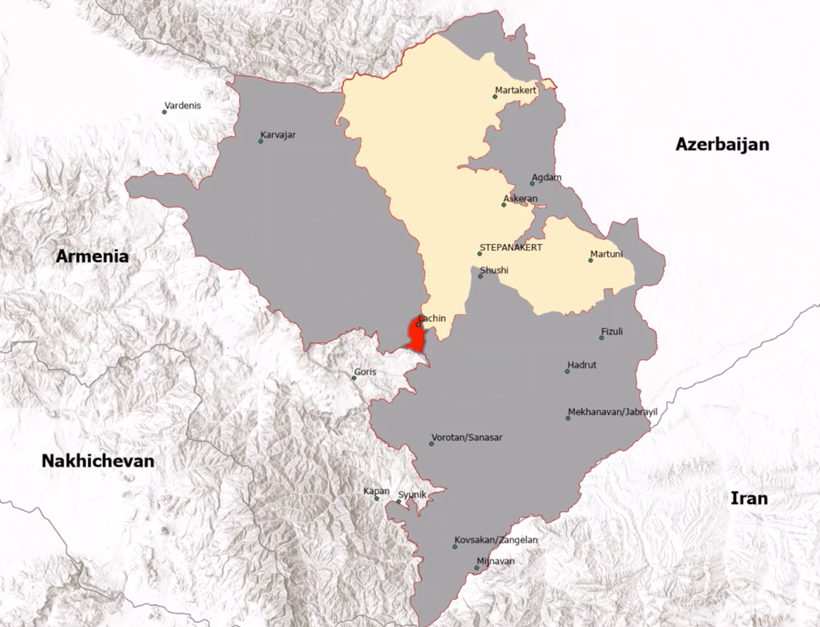 HALO disposal teams have been assessing and dealing with threats to the civilian population since the start of the conflict. So far they have found three types of cluster bomb. One is a Russian-manufactured 9N235 that are delivered by 9M55K Smerch carrier rockets. Each rocket carries 72 submunitions. The 9N235 submunitions have a self-destruct mechanism but this frequently fails to function. The other types of cluster bomb are the Israeli manufactured M095, delivered by LAR-160 rockets, and the Russian-made ShOAB. Cluster munitions present an ongoing danger. 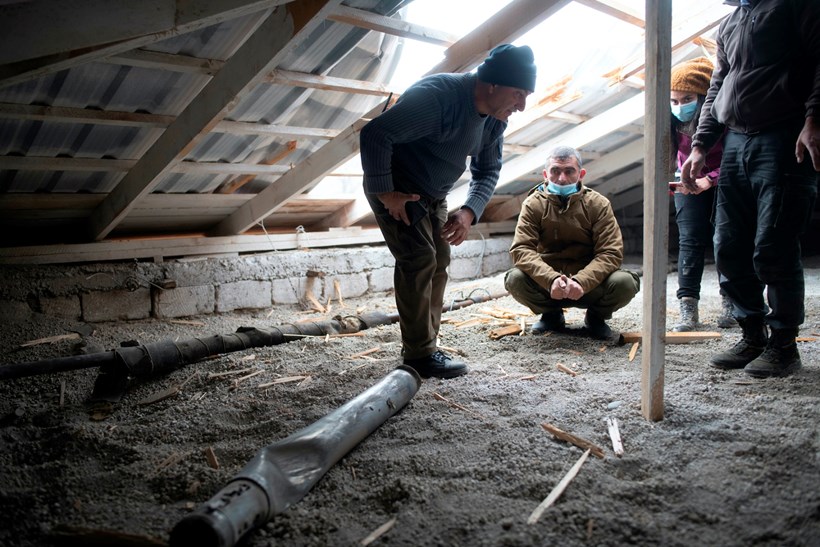 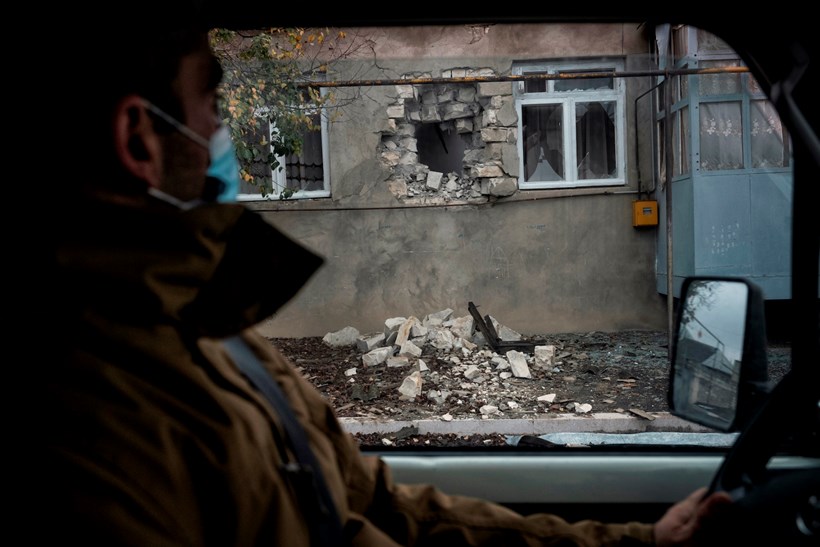 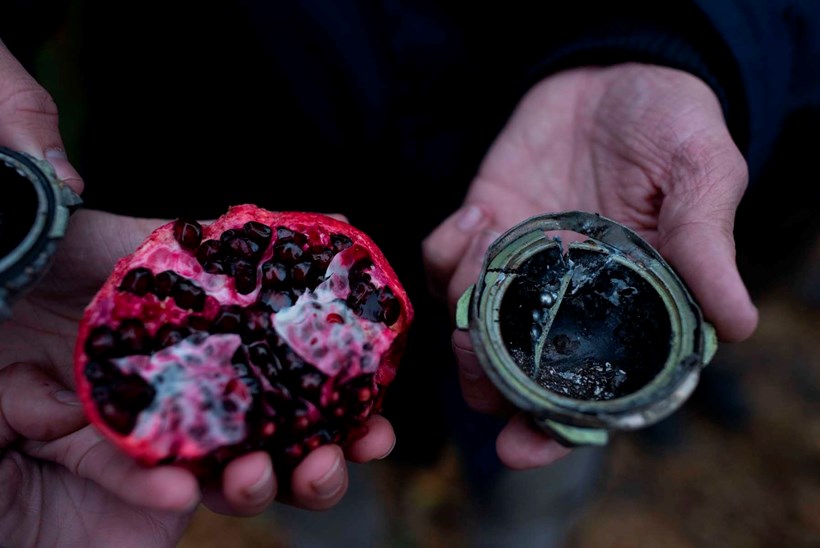 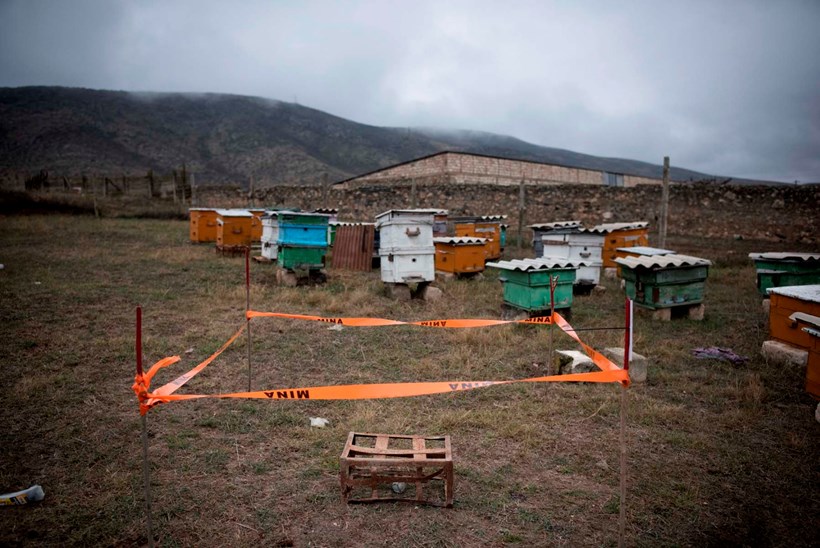 In addition to cluster munitions, HALO is aware of the need to make safe incendiary devices. Media reports indicate that incendiary munitions, including white phosphorus, were used during the fighting against troops in wooded areas, causing over 5,000 acres of forest fires, injuries to civilians and damage to essential infrastructure. Unexploded incendiaries pose an ongoing risk of fire and injury.

Reports suggest there has been new use of anti-vehicle mines during the conflict. Azerbaijan has reported at least one vehicle hit by an anti-vehicle mine. Russia also reported that a landmine injured one of its peacekeeping troops on 23 November. The extent of landmine contamination from the current conflict is unknown.

Among the other hazards HALO is seeking to deal with are those from air-dropped weapons. Drones carrying munitions that have been shot down also pose an explosive hazard.

Education materials and messaging for all explosive items has been distributed. HALO also dispatches staff to respond to calls from civilians encountering dangerous items.

On October 5th, a strike hit a military ammunition store at Aygestan, approximately 2.5 miles from Stepanakert. Thousands of pieces of ordnance from the store were scattered across a radius of over a 1.5 miles.

HALO is deploying explosive ordnance disposal teams using existing staff and equipment. Based on HALO’s experience, including conflicts in Georgia and Ukraine, the level of contamination will need both an urgent immediate response as well as support for long-term clearance work.

HALO is deploying up to 130 staff immediately and then needs to expand further to around 200-250 staff. Using pre-existing equipment stocks, HALO will require approximately $4m to fund operations through to the end of 2021. HALO teams will deliver risk education in the immediate term, then will conduct mapping, survey and disposal of ordnance. Mapping and marking of any suspected new minefields will be an immediate first step after the resumption of operations.

Today the people of Karabakh need your support more than ever.