In the aftermath of the 2020 war that ravaged Nagorno Karabakh, thousands of residents returned to find their homes badly damaged with artillery shells, unexploded cluster munitions, and debris from other weaponry scattered across their yards.

Stepanakert, the capital of Nagorno Karabakh, was one of the areas that was most devastated. More than 20% of the city was contaminated with unexploded items that were left from constant bombardments during the height of the fighting. Over 18 months later, HALO has reached an important milestone in helping Nagorno Karabakh recover. We have completed the clearance of all currently known contamination in Stepanakert.

This crucial step is helping families live without fear, especially for the safety of their children. See how your support is making a difference in Stepanakert. 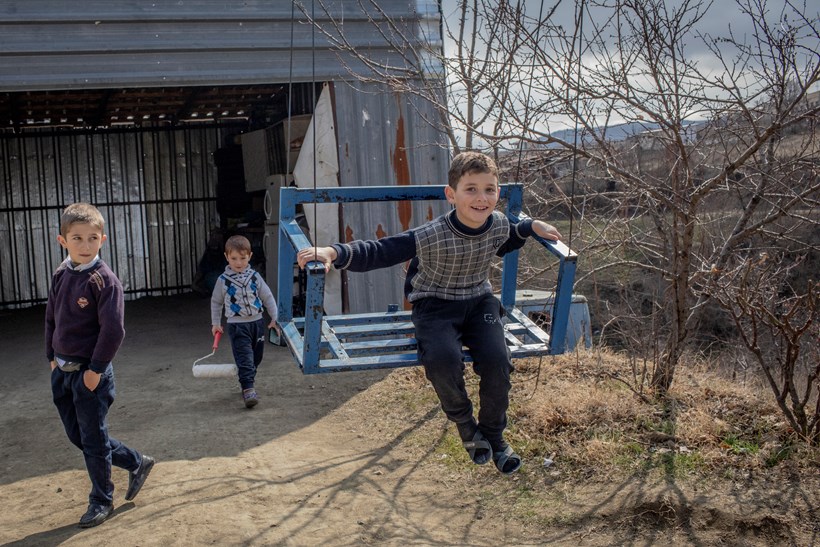 “I do feel safer now. My children are up to their usual mischief again, exploring everywhere.”

Bella Avagyan, a 39-year-old mother of four who lives on the outskirts of Stepanakert, was first afraid to let her children play outside when they returned. Now she has peace of mind. “In our yard, there was a big, unexploded bomb,” she explains, “and I didn’t know what else there could be.”

During the weeks when HALO staff were working in Bella’s yard and the adjacent properties, they got to know the family well, teaching the kids the types of debris and objects they should look out for. “Our kids have become experts,” smiles Bella. Last week, they organized a picnic in the nearby ravine with their friends. 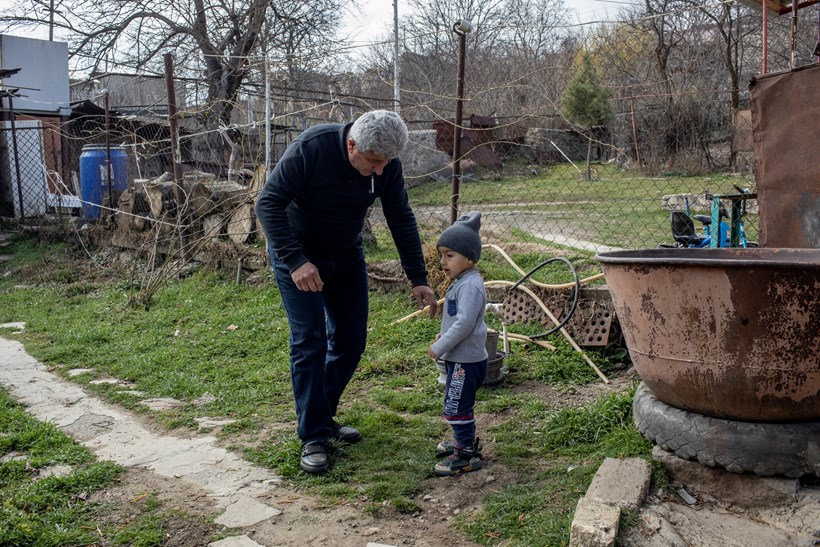 56-year-old Karen Danielyan lives in Stepanakert’s Krkzhan district. When he returned home after the war, his beautifully tended garden was littered with M-95 cluster munitions. “They came around from HALO and asked if we’d seen any pink ribbons,” says Karen, “and of course we had. They were everywhere.” On his property alone, a HALO team safely disposed of 12 cluster munition bomblets.

After clearing his garden, HALO visited Karen as the weather cleared for the spring and the two were spending their time outside. As he tended to his fruit trees with Avetis close by, he smiles as his grandson plays with his toy trucks.

Your support has made an immeasurable difference for the families of Karen and Bella. But your support is not just protecting children. Next week, we will show you how it also provides communities hope for a future where they can build their lives in peace.